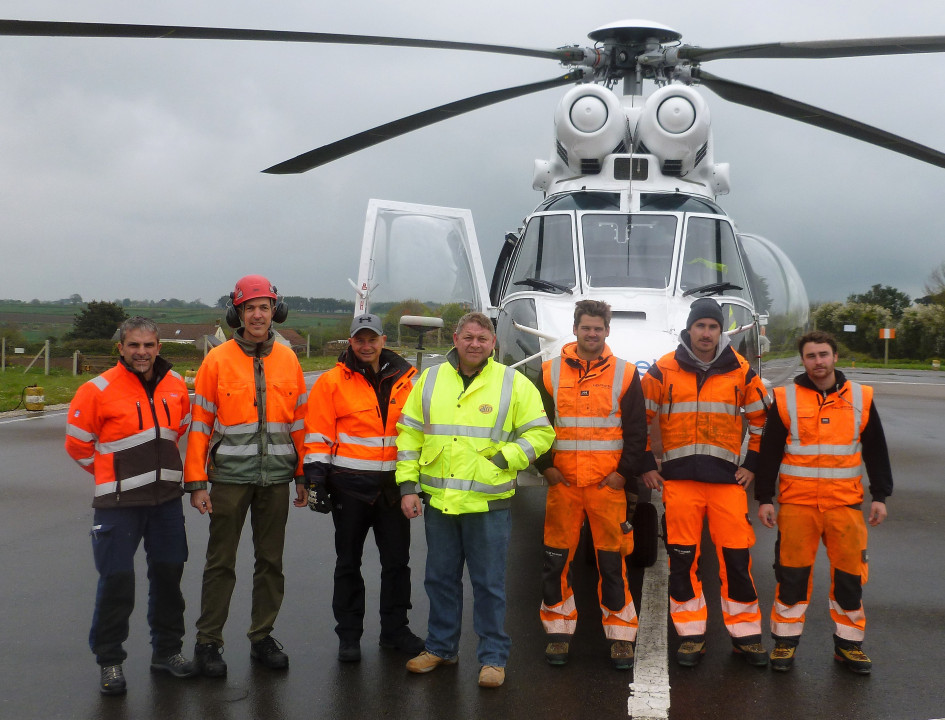 AFM was proud to receive the Innovation award at the Guernsey Construction Awards held on the 8th November at Beau Sejour.

They were jointly recognised as the main contractor alongside contract manager Savills for the innovative solution to remove and replace cooling plant that had reached the end of its service life at Dorey Court.

Because of logistical restrictions a crane was not a viable option so a helicopter lift was decided as being the best solution to lift the chiller units that weigh nearly 4 tonnes each. Helicopter lifts are common sites in cities where access is restricted but it is not something regularly utilised in the Channel Islands.

The Project was recognised for its innovation as it reduced the amount of disruption that could have potentially been caused using a more traditional route of crane lifting and for the fact that the timescale was significantly reduced with the lifting out of old units and replacing new units being completed in only half an hour. It was a shining example of meticulous planning and collaboration between AFM, Savills, BTS, Guernsey Police, Civil Projection and of course the helicopter air and ground crew from Heliswiss.

Mark Edgar, AFM’s Managing Director, said, “To be recognised for this project is a great achievement. We were up against some tough competition in this category so to win is a huge credit to the team that was involved. Innovation through Collaboration has been the theme throughout on this project and it's encouraging to see our partnership approach with Savills has gone from strength to strength.”

Pictured are Paul Watts (Savills) and Nick Young (AFM) with the award.