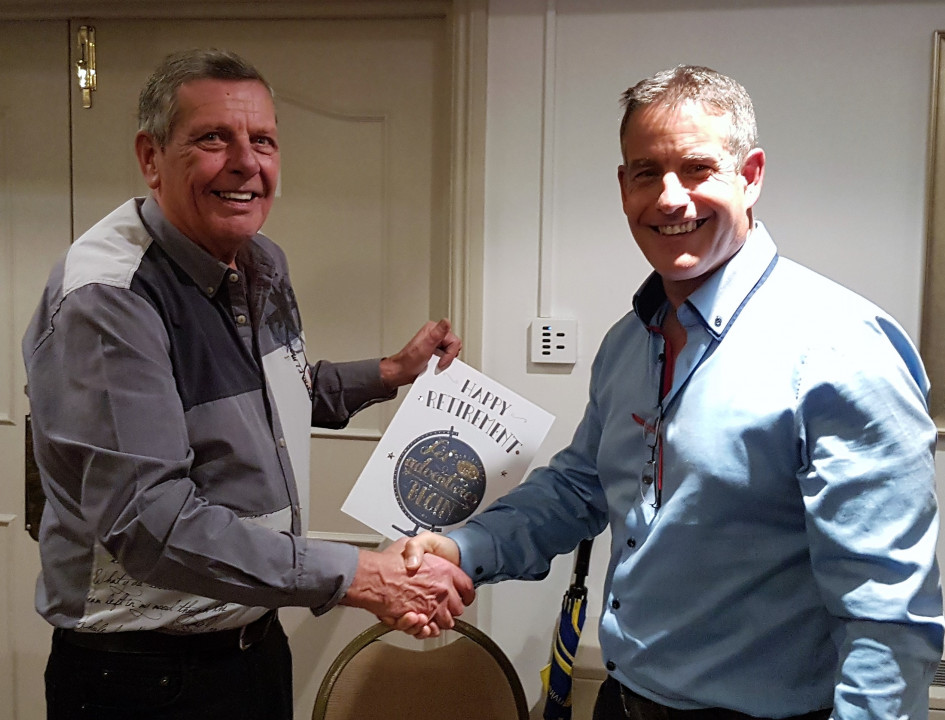 After 16 years of loyal service, Rick Le Bargy has retired from AFM.

Rick's wife, colleagues and friends in the industry attended his official "retirement party" at St Pierre Park Hotel. There, AFM's Technical Director Chris Leach thanked Rick for his energy and enthusiasm across his years at AFM and presented him with two engraved whiskey glasses and a set of travel vouchers for his future adventures.

However, Rick still has more to do at AFM before he finally hangs up his blue and yellow boots. Following his party, Rick was back in the office on Monday morning in a new capacity as the Guernsey team's lead CAD operator. In the new year Rick will move to a part-time basis in this role.