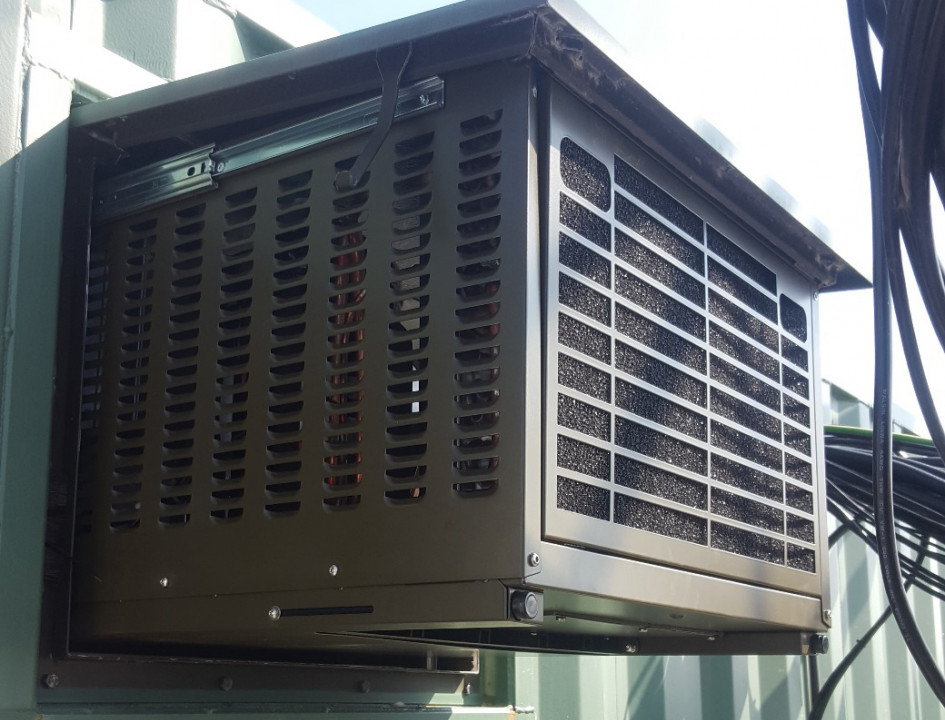 The Guernsey Mechanical Services Team have been busy Island hopping this week.

Steve Le Tissier and Chris Sharp were over on Alderney on Wednesday removing some disused AC systems from a non-contract customers property after the condenser brackets had badly corroded and collapsed. The 2 systems had their refrigerant reclaimed, indoor and outdoor units removed including pipework and the power supply taken back to source. The systems were then processed for disposal.

Chris Sharp took a boat trip over to Herm to fit new components to repair a swimming pool heat pump on Thursday.

Shane Rosamond and Dan Troalic were Alderney bound on Thursday to fit a new Dantherm self-contained air cooler unit for a client communication cabin following the existing one being damaged by a lightning strike last month. The damaged unit has also been repaired and checked over and will be kept on-site as a spare. The Dantherm ACM 5 MK2 is predominantly used by the forces out in the field to cool both communication equipment and personnel, hence the standard colour is RAL6014 Military Green!