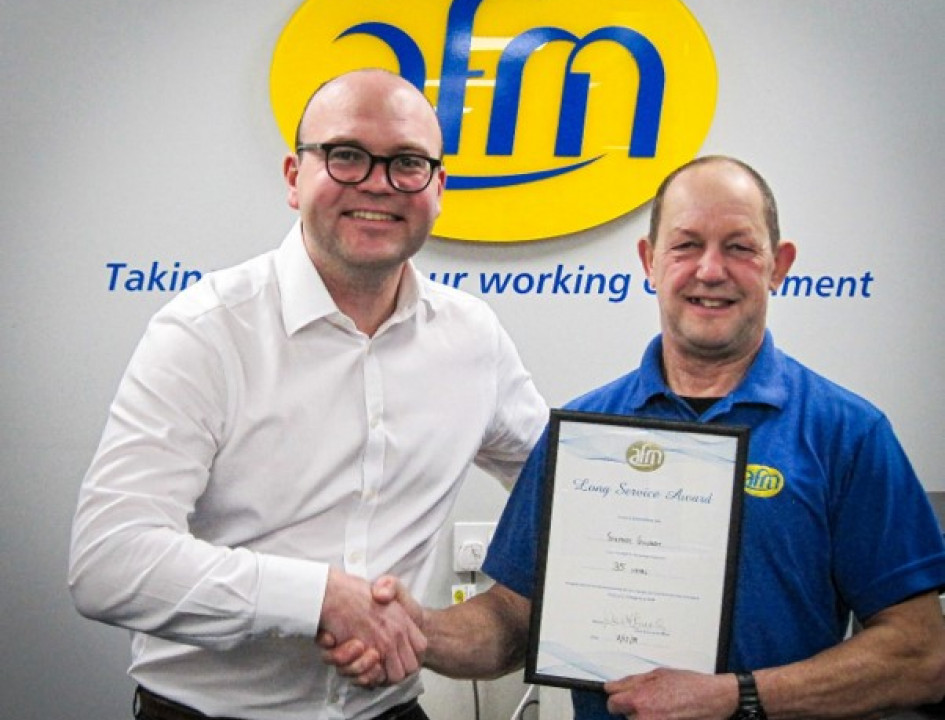 1984 can be remembered for a number of things, the George Orwell book, Band Aid’s “Do They Know it’s Christmas”, the sale of the first Apple Mac computer, Kevin Bacon went Footloose, everyone called Ghostbusters and Steve Goubert joined AFM!

Steve started working for Amalgamated Engineers as a plumber, initially on the construction of Sarnia House. He progressed rapidly through the business running the mechanical installations on large jobs including Havilland Hall, Credit Suisse and Maison L’Aumone Care Home.

Amalgamated Engineers were pioneers, with Credit Suisse being one of the first buildings to have air conditioning on the island. This led to Steve specialising in air-conditioning, where he spent many years keeping the law and finance industries cool!

In recent times Steve has returned to his plumbing roots with large scale plant room installations at La Moye and Le Platon.

The world has changed drastically during Steve’s 35 years but his commitment to delivering quality service to his AFM clients has not. AFM would like to thank Steve for his contribution over the last 35 years and hope there are many more to come.