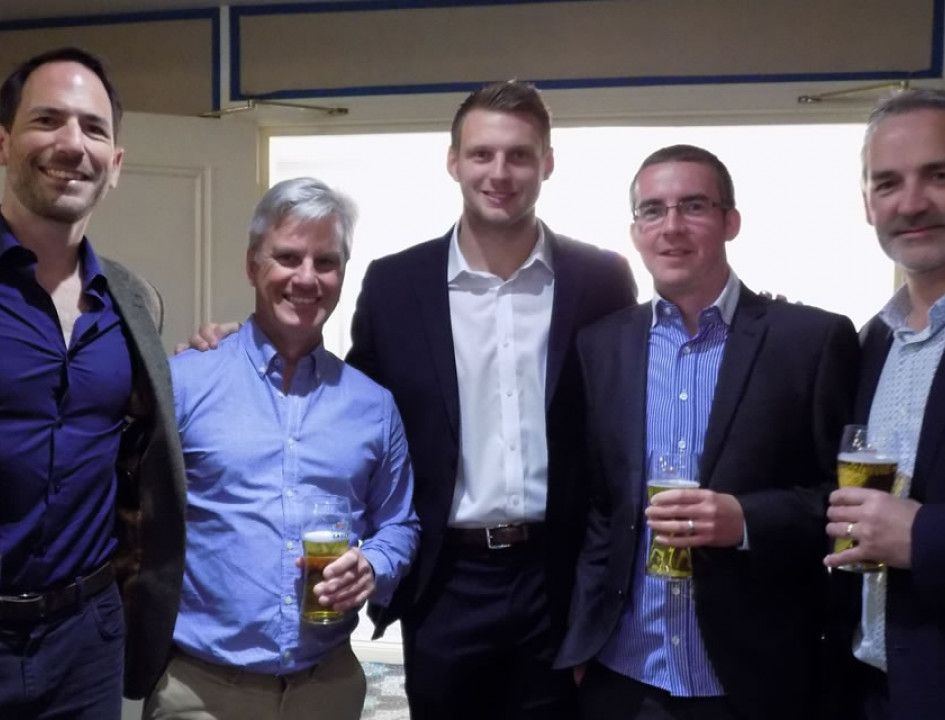 Dan Biggar, the Welsh Rugby International player was a visitor to Guernsey recently and was the star attraction at a dinner event held at the Duke of Richmond Hotel on Saturday 14th May. Dan is shown in the centre of the AFM contingency who attended this fund raising event.

The event was a huge success and enjoyed by all who attended. The function was held to raise funds for the KGV clubhouse and grounds which is currently undergoing a major refurbishment programme. Dan is the idol of our Project Manager, Ian Pritchard who had the honour of sitting next to him at dinner.

A silent auction helped to bring in much-needed funds and Dan’s No 10 shirt managed to raise £1200 with an additional £500 being paid for a St Jacques photo album – both items were purchased by the same gentleman who then kindly donated them back to the Club so they can be enjoyed by all St Jacques supporters. Ian also went home with a signed photograph of Dan which was part of the auction bid process, and which will no doubt take pride of place on one of his walls at home!

Dan then attended the KGV ground on Sunday morning to undertake a training session with the boys from the Academy, which was greatly appreciated and something for the lads to remember in the years to come.

Dan, who was visiting Guernsey for the first time, thought our island was beautiful and I am sure this will not be his last visit!